Tips for keeping you bansuri in good shape. 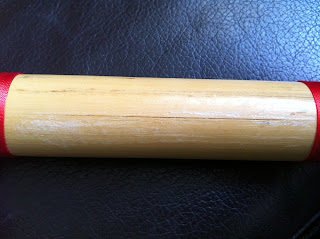 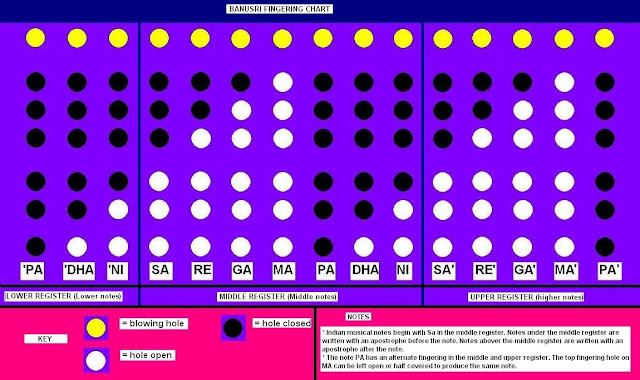 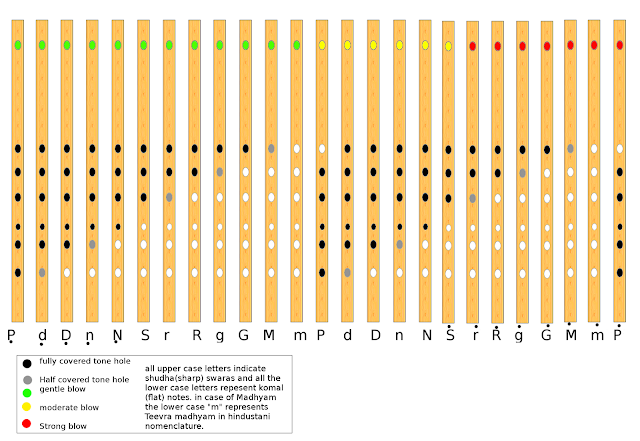 The chart below is very useful, especially for the highest register: 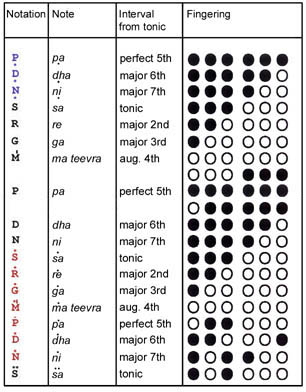 The third octave in the chart above does not work on my flutes, so below I demonstrate alternate fingerings for the 3rd octave:

THE THIRD OCTAVE ON THE BANSURI

Select from the menu